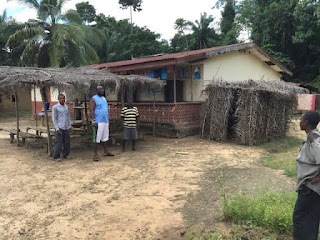 Since the outbreak of Ebola pandemic in 2014, the global health community has not been threatened so severely by a more deadly disease than the SARS-CoV-2.  It is no longer a news that in Nigeria the rate at which people are getting infected is becoming alarming. The good news is that the rate of recovery is more than the rate of mortality.

Notwithstanding, it is necessary that more advocacy for the practice of good respiratory hygiene be encouraged among rural dwellers. Also it is necessary to prevent the spread of the disease to rural part of Nigeria as some rural dwellers in the country still have a belief that coronavirus is a government mechanism employed to loot the public funds and they term it “THE ELITE’S DISEASE”. Also, some of the population who are non elites also believe that the disease is only for the elites. This may be as a result of low level of enlightenment and sensitization about this pandemic.

Recently, people are being tested in the rural settlements and most test results are coming back positive. In Lagos state, the rate at which people are getting infected  is horrifying. As at 11:50pm on 19th of April, 2020, Nigeria Center for Disease Control (NCDC) reported Eighty-six new cases of the coronavirus infections and 70 of these cases emanate from Lagos only. This figure is more than double the cases recorded in Osun, Oyo, Kwara, Borno, Jigawa, Bauchi, Akwa-Ibom, Ekiti, Ondo and Katsina combined in the last 72 hours. The breakdown of the cases recorded in Lagos shows that most of those infected are from the rural part of the communities with Eti-Osa having a high rate of infection among other rural communities.

Some might want to argue that Lagos Mainland record more cases than Eti-Osa but they shouldn’t forget the fact that Lagos mainland is an urban metropolis, most people living there are elite who have access to quick diagnosis and isolation centers, not to talk of the fact that they are learned, they can quickly contact the health officials if they are showing any sign and symptoms of COVID-19, But what of the people living in Eti-Osa, what is their fate?
Also, as of 20th of April, 2020 at 11:10 pm, another thirty-eight new cases were recorded by the NCDC with twenty-three of them coming from the most congested part of Kano. Most Kano inhabitants are very consistent in defying the stay-at-home and wash-your-hand orders as it can be seen on Social media, blogs and all over the internet. This development may bring poor health outcomes in the nearest future. Community spread is imminent and if care is not taken virtually a large amount of the Nigerian population is at risk as this country lacks health facilities and adequate testing facilities.

Full text of Press briefing on the report of the second...