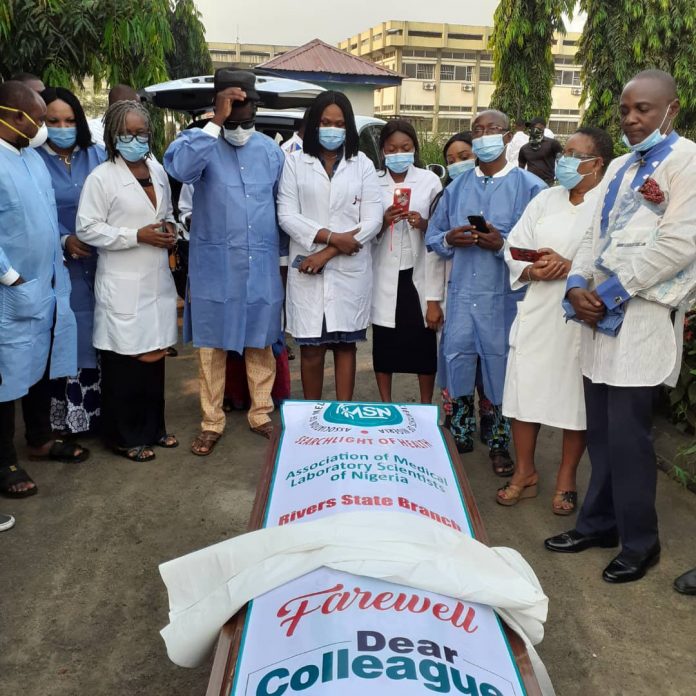 According to the Chairman, the journey started from the Morgue in UPTH as early as 7. 00am. On rolling out the Casket bearing the remains of the erudite Teacher, Mentor and dear Father, they adorned it with a Laboratory coat and Banner.

Thereafter, there was a procession by Scientists adorned in their professional attire and the body was eventually escorted out of UPTH.

Also in a show of solidarity and support to the mourning family, Rivers Excos attended the burial and presented a welfare package to the widow of late Papa Jack on behalf of AMLSN at his home.

Chief Kingsford Major Jack passed on the 3rd of September 2020. He was aged 88. Adieu!

Causes of wrong diagnosis of diseases in Nigerian Hospitals by Dr....

First thing to know before getting married.