How much do you know about Tosan Erhabor, the new Registrar/CEO of MLSCN? Tosan Erhabor was born in Ekiadolo, Benin Edo State on 22nd July 1964. He attended School of Medical Technology, University of Benin Teaching Hospital, Benin City, Edo State Nigeria, majoring in Hematology, where he received an award as the best graduating student in Hematology and Blood Group Serology.

He rose through the ranks to become Director and Head of Department External Quality Assurance (EQA), the Acting Registrar/CEO of MLSCN and confirmed. Before this, he was the first professional to hold the post of Examination Officer in the then Institute of Medical Laboratory Technology now Medical Laboratory Science Council of Nigeria from 1996-2009. During his stint in that capacity, the Institute now Council as a Regulatory body grew in leap and bounds due to his tenacious attitude in carrying out his duties Erhabor is a bridge builder, whose admirers not only cut across the older generation of the profession but acts as mentor to the younger members of the profession. This makes his appointment unique at this time of the Council’s life for it is believed that his experience over the years will be brought to bear as the “Chief Servant of the Council” as he prefers to be addressed.

He is an active member of Association of Medical Laboratory of Scientist of Nigeria (AMLSN), International Federation of Biomedical Laboratory Science (IFBLS) and a member IFBLS Expert Group on Hematology, 2004-2006 member, Member MLSCN committee on Quality Manual Development/ Implementation amongst several others.

He has attended several trainings both in Nigeria and Overseas including Canada 2000, Sweden 2004, India 2008, USA 2009, Kenya 2010 and South Africa 2012.Erhabor, whose hobbies include adventure, football, reading and driving is a Christian, married to Mrs. Esther Erhabor and they are blessed with five lovely children 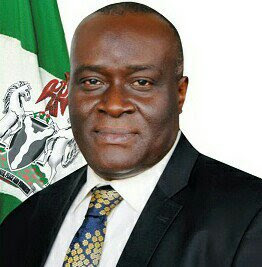 OPINION: Medical Laboratory Science And The Travails Of An Indispensable Profession