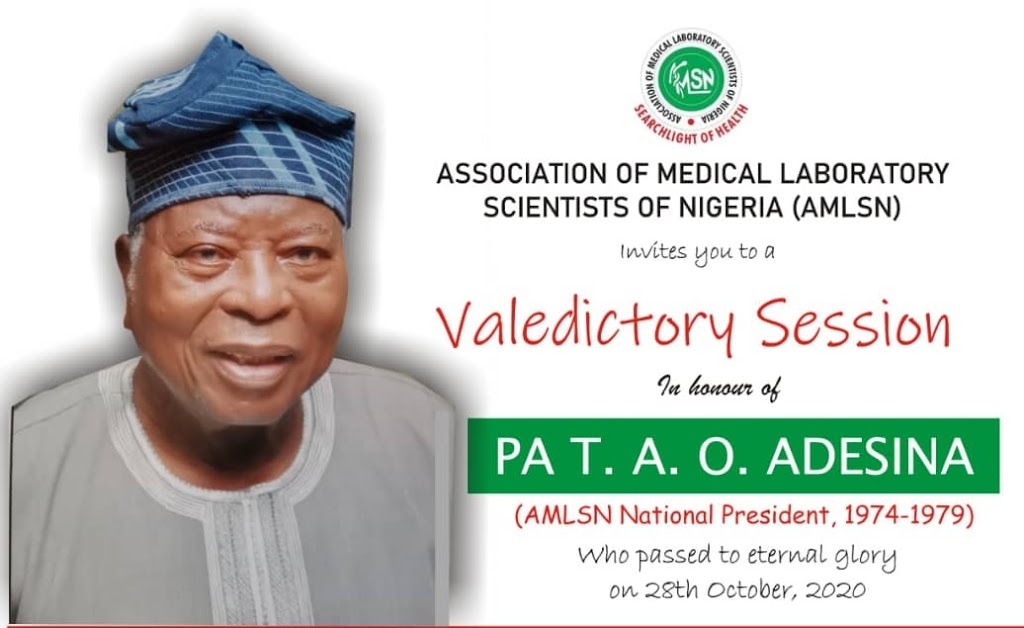 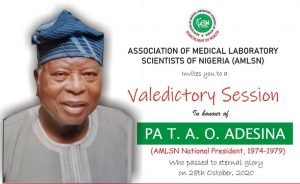 In his tribute, AMLSN National President, Prof. James Damen described Pa Adesina as a  distinguished Elder, a rare father with an understanding difference, a seasoned administrator and an Iroko tree of MLS profession.
On her part, the Chairman of the Valedictory Session Planning Committee and the AMLSN National Treasurer, MLS Funke Akinade noted that “baba has done his part and has passed the baton to us as a generation”, 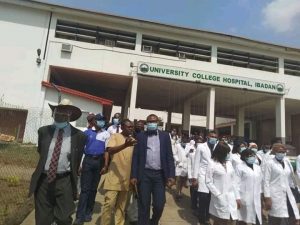 In a Valedictory lecture,  Dr. John Ochei, described late Pa Adesina as someone had fought passionately for the recognition of the rightful position of MLS in the Federal Ministry of Health and Nigeria stressing that Pa Adesina’s had bold stance and passion for the profession.
Late Pa. Adesina served as the National President of the Association of Medical Laboratory Scientists of Nigeria (AMLSN) from August 1974 to September 1979.
May his gentle soul rest in the bosom of the Lord. Amen!