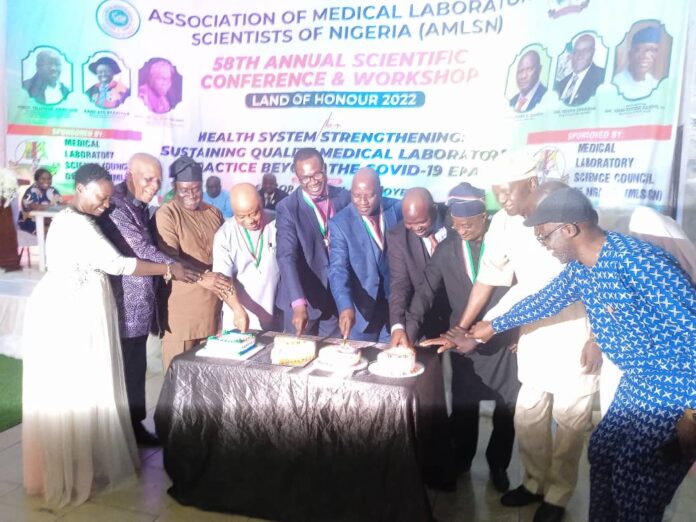 AMLSN FCT Branch has been awarded the hosting rights for the 2023 Annual National Scientific Conference, Workshop and Annual General Meeting of the Association of Medical Laboratory Scientists of Nigeria (AMLSN).

2023 is an election year hence a fresh crop of National Executive Officers will be elected to midwife and pilot the affairs of the Association during the 59th Annual Scientific Conference, Workshop, and General Meeting to be held in the FCT.

In the meanwhile, members of the National Organizing Committee have been appointed and they are as follows:

Members of the Local Organizing Committee will be appointed and announced at a later date.

The 58th Annual Scientific Conference Workshop and AGM tagged ‘Land of Honour 2022’ and hosted by  AMLSN Ekiti State Branch came to a successful end today with the cutting of the Conference Cake by the National Executive Officers, elders in the profession and dinner.

The event was colourful and memorable in all ramification as well as it was well attended by the who-is-who in Society.

Participants will be returning to their stations and States as from tomorrow. Yours truly is wishing all attendees safe trip and journey mercies to their respective stations and states.

Do well to subscribe to this blog to be ahead with information. If you have any information which you want us to publish feel free to send to us via WhatsApp.