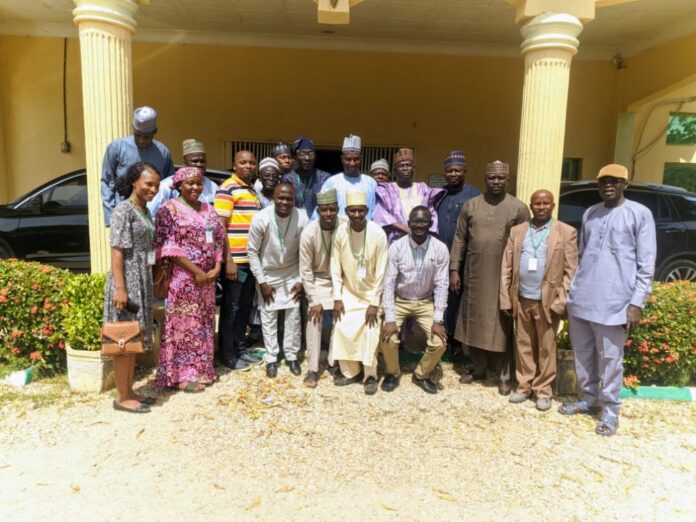 The delegation for the courtesy visit led by AMLSN Gombe State Hospitals Chapter Chairman MLS Lynn Maori on arrival at the Assembly Complex were received by the Speaker Rt Hon. Muhammad Abubakar Luggerewo and other principal officers.

Speaking at the end of the visit, the Chairman of the Chapter noted the need for the amendment of the Gombe State Primary Health Care Agency (GSPHCDA) ACT  to include the Department of Medical Laboratory Services, as well as other issues germane to the progress of the Association formed the basis for discussion.

Speaking on the importance of the establishment of the Department of Medical Laboratory Services in Gombe State Primary Health Care Agency, the Chairman said it will help bring out sanity in the Primary Health Centres in the State.

The Speaker expressed appreciation to the leadership of the Hospitals Chapter for the visit and assured them of his support even as he promised to work with the Association.

In attendance were MLS. Ochacha Abddulrazak ( Branch Chairman) and MLS. Yila Buba Adamu ( GSPHCDA) and other members of the Association